Crop production area in Argentina occupies 30 million ha. Major crops are soybean, wheat and maize, which account for 82% of total crop area, and the country is one of the largest producers and exporters of these crops.

Argentina has a favorable climate for rainfed crop production, with total annual rainfall that ranges, across the crop producing regions, from 600 (south-west) to 1400 mm (north-east). Despite the potential for irrigation expansion, current irrigated area is negligible (<3% of total area planted with maize, soybean, and wheat). Dominant soils correspond to the Mollisols order, without impedances to rooting, except for some regions in the southern Pampas where a caliche layer limits rooting depth. A detailed description of weather, soil and cropping systems can be found in Hall et al. (1992). Remarkable features of current Argentine agriculture are: (i) around 56% of the crop area is rented out by absent landowners to local producers; (ii) 70% of the agricultural land is under no-till; (iii) soybean is the main crop occupying more than half of the total cropped area; (iv) 99% of soybean is transgenic glyphosate resistant while 95% of maize is Bt; and (v) around 30% of the soybean is sown as a double crop after harvest of winter crops (Calviño and Monzon, 2009).

District-level data on crop harvested area and average yields for each crop was retrieved from the Ministerio de Agricultura, Pesca y Alimentación de la República Argentina (https://www.agroindustria.gob.ar/datosabiertos/). Statistics from the most recent 7 cropping seasons (2005-2006 to 2011-2012; total of 7 harvest years) were used to calculate crop area and average yields.

Two networks of meteorological stations were available: INTA (Instituto Nacional de Tecnologia Agropecuaria; http://siga2.inta.gov.ar/) and SMN (Servicio Meteorologico Nacional; http://www.smn.gov.ar/). Daily weather data were available for the last 30+ years and include daily maximum and minimum temperature and precipitation. Based on crop harvested area distribution and the agro-climatic zones defined for Argentina (Van Wart et al., 2013a), a total of 15 (maize) and 16 (soybean and wheat) reference weather stations (RWS) were selected. RWS buffer zones accounted for 48, 53, and 50% of total harvested for maize, soybean and wheat, while the agro-climatic zones where these locations were located accounted for 78, 81, and 70% of national area for these crops. In Famailla (Tucuman province in northwestern Argentina), the selected RWS was located in the western edge of the climate zone in which it is located while the area planted with maize, soybean, and wheat crops is located in the eastern edge of the climate zone. According to local expert opinion, the weather of Famailla may be more favorable for rainfed crop production than in the rest of the climate zone, hence, there is some uncertainty whether or not the RWS is truly representative of the cropped area. In the future, as weather data from other more representative locations become available, Famailla RWS can be substituted by a more a representative meteorological station located within the same climate zone.

Quality control and filling/correction of the weather data was performed based on correlations between the target RWS and two adjacent weather stations following van Wart et al. (2013b). Number of corrections/filled data was always lower than 3% for all variables. NASA-POWER (http://power.larc.nasa.gov/) was used as source of incident solar radiation data at all RWS because daily measured solar radiation was lacking at most of the RWS. Comparison between NASA-POWER and actual solar radiation measurements for a subset of locations and years (total of 18,375 daily observations) indicated high degree of agreement between both data sources (RMSE: 3.5 MJ m-2 d-1; R2=0.84) (Grassini & Rossi, unpublished data). Hence, complete weather records (daily solar radiation, Tmax, Tmin, and precipitation) were available for the 1984-2012 interval for which yield potential (Yp) and water-limited yield potential (i.e. rainfed, Yw) were simulated. The first simulated crop season was 1984-1985 (harvested year 1985) and the last one 2011-2012 (harvested year 2012), hence, a total of 28 cropping seasons were simulated.

The 2-3 dominant soil series were identified for each RWS buffer based on data provided by the Soil Division of INTA. Briefly, a two-step procedure was followed: first, national soil maps (1:50,000 or 1:500,000) were used to calculate the area of all soil series within the buffer, and (ii) 2-3 dominant soil series were selected for crop simulations based on the relative area within the buffer, land use suitability, and farmers' choice of soil for growing a given crop (for example, maize is typically grown on the best soils). Soil inputs required for crop simulations, such as soil depth, runoff curve number, lower and upper limits for water retention, etc., were derived from soil series descriptions following Gijsman et al. (2003) and Dardanelli et al. (2003). Rooting depth was set at 1.8 m based on Dardanelli et al. (1997, 2003), except for three locations (Barrow, Balcarce, and Azul) where a caliche layer limits rooting depth.

Management practices for each RWS buffer zone were retrieved from local agronomists†. Requested information include: dominant crop rotations and proportion of each of them to the total harvested area, average planting dates, dominant cultivar name and maturity, and actual and optimal plant population density. The provided data were subsequently corroborated by other local and national experts. In Pilar and Rafaela, wheat planting decision depends on available soil water. Typically, wheat is planted only in those fields with >= 50% of available soil water. Hence, simulations assume 50% of available soil water at planting in those years in which the simulated soil water after fallow was <50% mm in order to portray producer's choice of growing wheat only in fields with a reasonable level of stored water.

Simulations of widespread varieties for each region were performed using CERES-Maize, CERES-wheat and CROPGRO soybean model embedded in DSSAT v 4.5 (Jones et al., 2003). Genetic coefficients were previously derived and validated by Monzon et al. (2007, 2012) based on data from well-managed rainfed and irrigated experiments. In order to account for differences in initial soil water at planting time among years, the entire crop sequence was simulated, assuming 50% of plant available soil water in the first year of the time series and a maize residue of 5 Mg/ha. The simulated crop rotations were: 2-y soybean-maize, 2-y soybean-soybean, and 2-y soybean-wheat-second crop soybean, except for Famailla (2-y maize-soybean, 2-y soybean-soybean, and 1-y wheat-soybean) and Pigue (2-y soybean-soybean and 2-y wheat-soybean). Simulation runs were initialized in different years in order to have the complete set of simulated yields. Because there was little (if any) difference between actual and optimal plant population, the simulations were based on the optimal plant population reported for each buffer by the local agronomists. Separate simulations were performed for potential (Yp) and water-limited conditions (Yw). Simulations assumed no limitations to crop growth by nutrients.

For each crop-RWS combination, each crop rotation x soil type combination was simulated, and then weighted by their relative proportion to retrieve an average Yw at the level of the RWS buffer zone. For soybean, separate averages were calculated for single soybean and second-crop soybean. A weighted average yield was calculated based on the actual yield reported for the departments located within the buffer zone and the relative contribution of each department to the total crop harvested area in the buffer zone. There were, at least, 5 departments within each RWS buffer. Reported Yw and Yp in the Atlas are long-term (28-year) averages. Yield gap (Yg) was calculated as the difference between long-term average Yw or Yp and average (2006-2012) actual farmers' yields. Including more years before 2006 in the calculation of average actual yield would have lead to a biased estimate of average actual yield due to a strong technology trend in Argentina. In 2009, a severe drought affected summer crops and an important fraction of the planted maize area was not harvested (>30% of the planted area in 8 out of the 15 maize RWS buffers). Hence, the actual maize grain yield reported for 2009 represents the yield from the most favorable environments for maize production within each RWS buffer. To correct this bias, we adjusted 2009 actual maize yield based on the proportion of planted area that was not harvested within each RWS buffer as follows: actual yield x (1 - fraction of non-harvested area).

Annual rice production area in Argentina occupies around 200,000 ha, mostly located in the northeast region, where rice is grown as a single crop per year. All rice in Argentina is direct seeded and irrigated.

The rice production region in Argentina is located between 27° and 33° S and has a subtropical to temperate climate, with an average annual rainfall ranging from 1200 mm (southwest) to 1600 mm (northeast). Average temperature is 19.8 °C, ranging from 20.7 °C (North) to 17.6°C (South), with highest and lowest temperatures in January and July, respectively (Bianchi & Cravero, 2010). Rice crops are grown mainly on lowland with poor drainage (gleysols and podzols.

The rice crop season extends from late September-October to March-April, with the optimal sowing dates in early October. Rice is direct seeded, and flooded 15-35 days after emergence. Simulations were performed using ORYZA v3 (Bouman et al., 2004). Genetic coefficients for the rice cultivar IRGA 424 (which is widely grown in Argentina) were previously calibrated based on data from previous irrigated experiments in Brazil (Ribas et al., 2016; 2017; 2020). The ORYZA model, using the calibrated coefficients for IRGA 424, was evaluated on its ability to reproduce observed phenology and grain yields using data from well-managed experiments across Argentina, showing satisfactory performance (Figure 1). These experiments included a total of 12 site-years.

Figure 1. Comparison of simulated and observed phenology (a) and grain yield (b) for rice experiments grown under potential conditions in Argentina. The solid red line represents y = x and the dashed red lines represents ± 20% deviation from the y -x line. RMSE = mean square root of error. The phenological stages of rice are based on the scale of Counce et al. (2000).

Actual rice yields (at 14% moisture content) for this study were retrieved from Ministerio de Agricultura, Ganaderia y Pesca (https://datos.magyp.gob.ar/dataset?q=arroz). Since there has been no technological trends over the past 10 years, we used yield records from the 2009-2020 period. A weighted average yield was calculated based on the average yield reported for the municipalities located within the buffer zone and the relative contribution of each department to the total crop harvested area in the buffer zone. Yield gap (Yg) was calculated as the difference between average Yp and average farmers yield. 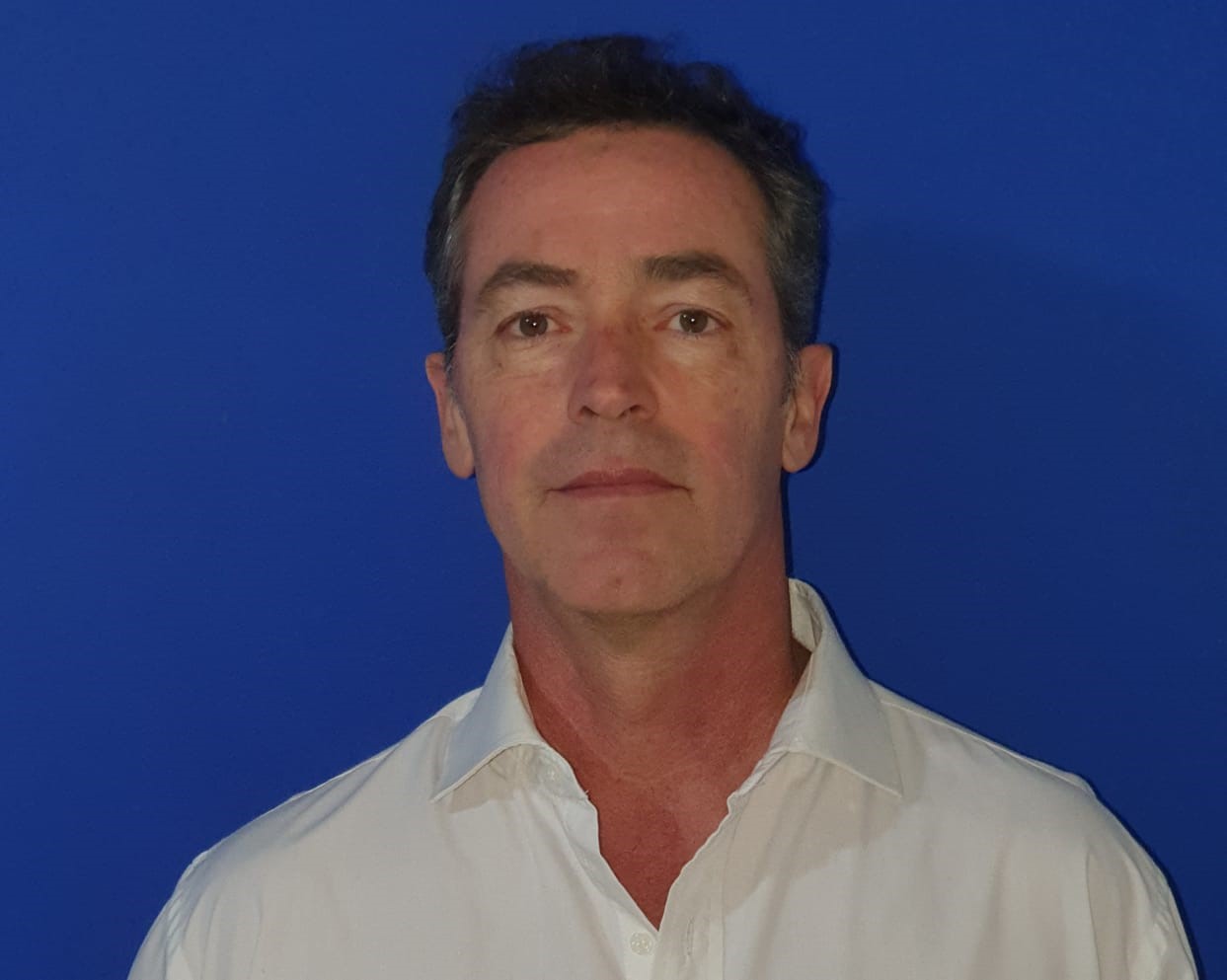 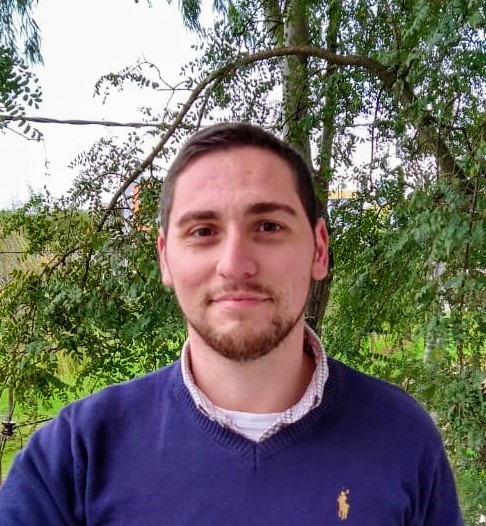 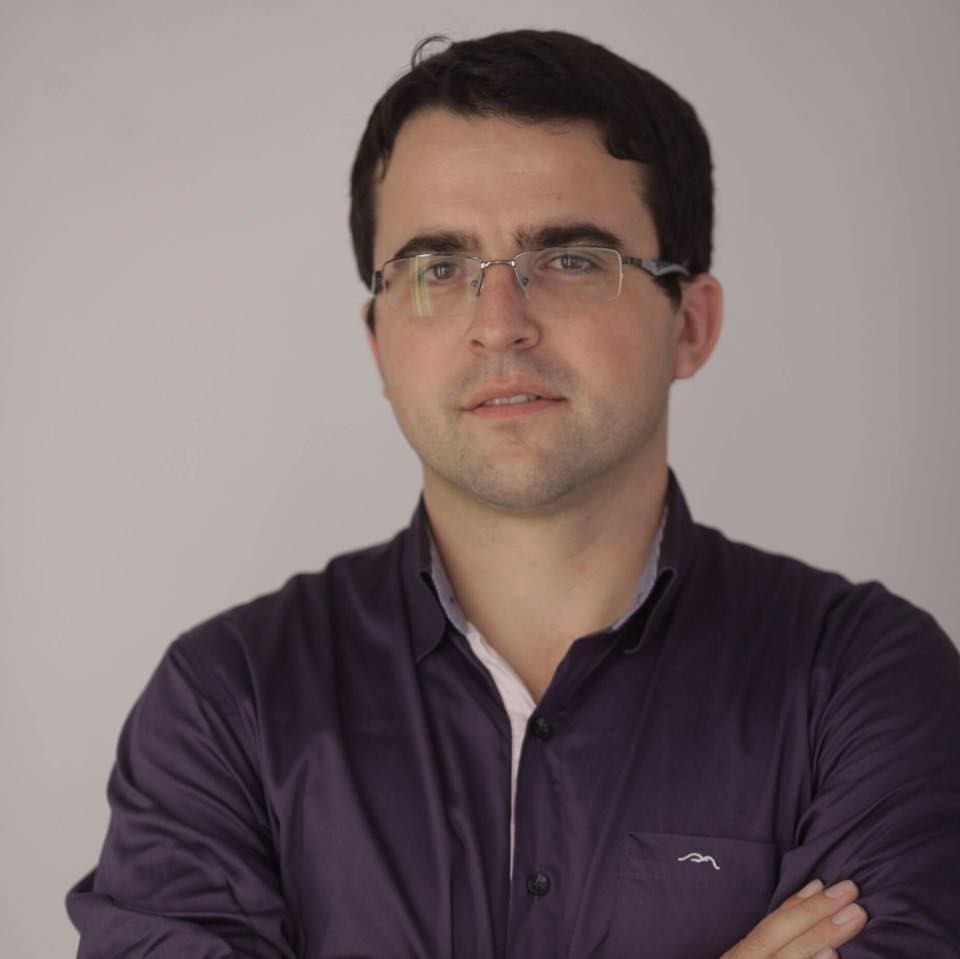