Climate in South Africa can be characterized as semi-arid and only 28% of the land area receives more than 600 mm of precipitation. Given the resulting climate-soil combinations, only 12% of South Africa's land is suitable for the production of rain-fed crops. Most of the remaining land (69%) is suitable for grazing, and livestock farming is by far the largest agricultural sector in the country (WWF, 2010). The main arable crops, in terms of harvested area, are maize, wheat, soybeans and sugarcane (table 1). In terms of total gross value, maize is the most important South African crop, followed by sugarcane (Van den Berg and Singels, 2013). Potato is another economically significant crop; South Africa contributes 11% of the total potato production in the African continent (with 3.5% of the total area under potato in Africa). Potatoes constitute about 45 % of the gross value of vegetables in  South Africa, and 3% of the total value of all agricultural products (Potatoes South Africa, 2016)

There is wide regional variation in annual rainfall, from less than 50 mm close to the border with Namibia, to more than 3000 mm in the mountains of the south western Cape. With respect to rainfall seasonality, there are three major zones within the country, namely the winter rainfall region of the western, south western and southern Cape; the bimodal rainfall region of the Eastern Cape, and the strong summer seasonality of the central highveld and KwaZulu Natal. Temperatures in South Africa are strongly determined by elevation and distance from the sea. The high elevation (1500-1700m) inland regions experience warm summer (January) mean daily maximum temperatures (26-28oC) and cool winter (July) mean daily minima (0-2oC), with frost during the coolest months (Palmer and Ainslie, 2002).

The relatively young South African geology has given rise to soils of high nutrient status. The Nama-karoo biome of the central regions comprise predominantly mudstones and sandstones, which give rise to shallow (<30cm) aridosols, with a calcareous hardpan layer typically in the profile. The grasslands of the highveld are associated with high nutrient status soils of basalt and dolerite origin. The savannas of the Mpumalanga Lowveld are associated with gabbros and granites.  The latter give rise to sandy soils of moderate nutrient status.

Harvested sugarcane areas and their spatial extent, as well as actual sugarcane production and yields from 1980 to 2002 for each of the 15 operating sugar mills in South Africa, were available from the South African Sugarcane Research Institute (SASRI) in Mount Edgecombe; descriptions of the dataset are provided by Bezuidenhout and Singels (2007a, 2007b). Yields from 1980 to 2002 for each RWS buffer zone were calculated as weighted averages of the yields of all mill supply area (partly) present in that buffer zone, taking into account their relative areas within that buffer zone.

Long-term weather data were retrieved from SASRI-Weatherweb (SASRI, 2016), the meteorological service of SASRI. These data are publicly accessible and are derived from a network of automatic and manual weather stations across the sugar industry; included variables were (daily) solar radiation, minimum and maximum temperatures, precipitation, wind run and dew point temperature. Virtually no missing or erroneous values were present for the selected stations and years.

Detailed GIS maps of the aforementioned sugar mill supply areas were available from SASRI. By combining these spatial data with the agro-climatic zones defined for South Africa (Van Wart et al., 2013), a total of 5 (irrigated sugarcane) and 3 (rainfed sugarcane) reference weather stations (RWS) were selected. Due to the compact geography of the South African sugarcane belt, it was decided to create RWS buffer zones with a radius of 50km rather than 100km (the standard protocol used in the Global Yield Gap Atlas). RWS buffer zones accounted for 84 and 50% of total harvested for rainfed and irrigated sugarcane, respectively, while the agro-climatic zones where these locations were located accounted for 72% and 45% of national area for these crops.

In terms of soil data, the basis of our crop growth simulations was a set of homogenous climate zones (HCZs) that was constructed by Bezuidenhout and Singels (2007a)  which completely covers all mill supply areas. A mill supply area may stretch over two to seven HCZs (average four) while, on the  other hand, some HCZs (partly) cover multiple mill supply areas. Bezuidenhout and Singels (2007a) consulted regional extension officers (in their expert opinion) to establish estimates of the mean available soil water holding capacity (TAM in mm) for the soils within each HCZ. Based on this information, 23 soil types with soil water holding capacities ranging from 43 to 454mm were defined which were used for the simulations. Areas of the soil types within each RWS buffer zone were calculated based on detailed GIS maps of the aforementioned HCZs, which were available from SASRI. Simulations were then carried out for all soil types within each buffer zone hence no selection of dominant soil types based on relative areas was made.

Management information for each buffer zone, i.e. planting and harvesting dates and plant spacing, was based on the information available for its constituting HCZs. Harvesting ages range from up to 24 months in the so-called ‘Midlands' region, where cane is grown at relatively high altitude and hence lower temperatures, to 12-15 months for short-cycle crops on the coast and in the  ‘hinterland' (between coastal and Midlands altitude) regions. Sugarcane crops are generally replanted at a rate of 10% per year. So in 12-month cropping regions, crops are replanted every 9-10 harvests, while in 24 month regions this is closer to 4-5 harvests.  Plant crop yields are usually higher than subsequent ratoon (regrown) crops, and each subsequent ratoon crop usually yields less than the previous one under equivalent agro-climatic conditions (M. Jones, SASRI, pers. comm.). As these yield effects may partly or entirely cancel out, crop growth simulations were performed for ratooning only.

CANEGRO (Inman-Bamber, 1991), embedded in DSSAT v 4.6 (Jones et al., 2003), was used for carrying out the simulations. Genetic coefficients of variety NCo376 were used, which is widespread in South Africa, has been touted as a scientific model genotype for breeders and is used as a control in SASRI plant breeding trials (Nuss, 2001). Validation of its genetic coefficients under South African conditions is described by Singels et al. (2008). As the typical milling season in South Africa runs from April to December due to weather constraints, and cane is continuously harvested over that period in order to keep the mills running, 9 simulations per year were performed with monthly harvest dates (which are starting dates for the next ratoon cycle) ranging from April to December; annual yield figures were obtained by averaging these 9 simulations. Separate simulations were performed for potential (Yp) and water-limited conditions (Yw); no nutrient limitations were assumed to occur.

University of the Free State 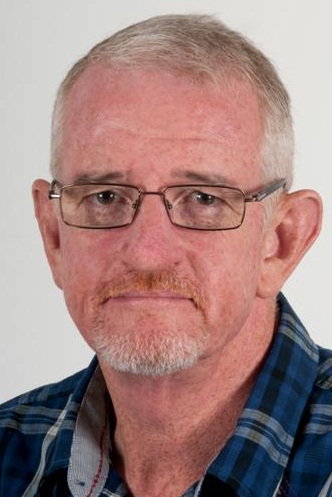