European countries in the Global Yield Gap Atlas are:

Cereals are grown on half of the European Union's (EU) farms, occupying a third of EUs agricultural area and accounting for a quarter of its crop production value. On a global scale, Europe accounts for 20% of the total cereal production, of which about 63% is produced in the countries of the EU28. Cereals in the EU28 are mainly used for animal feed (61%) and human consumption (24%), while smaller other purposes include alcoholic beverages (5%), bio-energy (4%) and seeds (3%) (EU, 2016). Wheat and rye are used almost equally for animal feed and human consumption, while barley, maize, sorghum, oats and triticale are predominantly used for animal feed. In recent years, Europe has been a net exporter of around 15% of its cereal production (FAO Food Outlook, 2016). The exported cereals are mainly wheat and barley, while the imports consist mainly of maize.

The global yield gap atlas presents actual and potential yields for wheat, barley and maize in Europe. Together these three crops represent 90% of the European cereal production. We use a country-by-country bottom-up approach to establish statistical estimates of actual grain yield, and compare these to modelled estimates of potential yields. In brief, the approach distinguishes the following main steps: (1) selection of representative climate zones (CZ) based on dominant crop areas, (2) selection of reference weather stations (RWS) that represent the selected CZs, (3) selection of dominant soil types and cropping systems in a 100 km radius around the RWS, (4) crop model simulations to establish rainfed or irrigated yield potential, and (5) estimation of actual yields from statistical surveys. Detailed information and justification is available in separate publications on climate zones, upscaling from RWS to CZ and national scale with area-weighted averages, and data selection methods. For 22 out of the 39 countries, country agronomists were involved, representing 94% of the wheat and barley area, and 82% of the maize area. They had a pivotal role in data access, expert estimates and evaluation of results. The next sections present a point-by-point account of the underlying data and methods used for Europe.

On average, there are 15 CZs per country, but it varied from 2 (the Netherlands) to 48 (Spain). Harvested areas for wheat, barley and grain maize were taken from the Spatial Production Allocation Model (SPAM) of Harvestchoice, presenting harvested areas around the year 2005 at a 5' grid, which is the most recent version to date. Both layers were combined to calculate the harvested area per climate zone per country. The harvested areas of wheat (34 Mha), barley (20 Mha) and maize (13 Mha) were distributed over 80 CZs for wheat and barley, and 75 CZs for maize (Table).

Weather data were collected for stations in the selected CZs with at least ten years of consecutive daily data and less than 20% missing data for each variable. Precipitation, minimum and maximum temperature, vapour pressure and wind speed were used from stations in the NOAA Global Surface Summary of the Day (https://data.nodc.noaa.gov/cgi-bin/iso?id=gov.noaa.ncdc:C00516). If suitable weather stations with adequate data were unavailable, gridded weather data from Agri4Cast (http://agri4cast.jrc.ec.europa.eu/) were used. Daily radiation was derived from NASA (http://power.larc.nasa.gov/). For precipitation, zero was assigned to missing values, while for other variables linear interpolation was used to fill data gaps.

The total number of selected RWSs for wheat, barley and maize was 287, 271 and 202, respectively. This equates to an average of 1.3 weather stations per climate zone. In 22 cases (Albania, Bosnia Herzegovina, Kosovo, Macedonia, Moldova and Montenegro) a suitable RWS with actual weather data was unavailable, and gridded data were used that represented the location of the specific weather station.

Data on water content at field capacity (pF=2.5) minus water content at wilting point (pF=4.2), root penetrable soil depth and hydrogeological class of soils were taken from the 1 km x 1 km grid of the European Soil Database. Within the 100 km zone around each RWS, the three dominant Soil Map Units (SMUs) were selected, based on the harvested area. Each SMU comprises a varying number of Soil Type Units (STUs) of which the soil parameters were used as input to the model.

The yield gap assessment in this study covers rainfed wheat, barley and maize, as well as irrigated maize. For wheat and barley, both spring sown and autumn sown cropping systems were taken into account if they covered at least 15% of the total wheat or barley area (Table). Common wheat is the default wheat type, but for Mediterranean regions durum wheat was also considered. In this study the term "maize" stands for grain maize; forage maize was not included.

We implemented the WOFOST crop model version 7.1.7, which was calibrated for many regions throughout Europe. WOFOST computes daily biomass accumulation and its distribution over crop organs during the growth period using a photosynthesis minus respiration approach. Crop yield was simulated for the potential (Yp) and the water-limited (Yw) production situation. Yp is determined by temperature, day length, solar radiation and genetic characteristics assuming absence of any water or other stress factors. Yw is limited by water supply, and hence influenced by rainfall, soil type and depth. Soil water dynamics in the root zone were simulated with a daily time step. The model does not account for capillary rise of water from below the root zone. To prevent overestimation of water limitation for soils with shallow groundwater (e.g. large parts of the Netherlands and the Po valley in Italy), Yw was assumed to equal Yp in these regions. For both Yp and Yw non-limiting nutrient supply was assumed. Yield losses caused by pests, diseases, weed and/or extreme weather events were considered for neither Yp nor Yw. Vernalization was not implemented in WOFOST and crop growth and phenological development for autumn sown crops were therefore calculated from January 1st onwards, assuming a fixed initial dry biomass of 210 kg ha-1.

The original crop parameters for European regions were updated in two steps to represent conditions covering approximately the last 15 to 20 years. First, additional phenology data were collected from a variety of sources, comprising either geo-referenced networks of observations, experimental sites or expert estimates by country agronomists. For spring sown crops, the observations consisted of day of sowing, emergence, anthesis and maturity. For autumn sown crops, emergence was fixed on January 1st. All phenology data were grouped per country per climate zone, and subsequently temperature sums between sowing and emergence, between emergence and anthesis, and between anthesis and maturity were calculated for each RWS. Initial model runs were carried out with these data and the simulated harvest index (HI) and maximum leaf area index (LAIM) were checked against a plausible range.. If more than 10% of the number of simulations were outside the plausible range for HI (minimum: 0.35 to 0.40; maximum 0.55 to 0.60, depending on crop) or LAIM (minimum 3 to 4; maximum 6 to 7, depending on crop), crop parameters were adjusted within biologically plausible values as per the guidelines for regional calibration of WOFOST. The relevant parameters for calibration were, in order of importance, SLATB (specific leaf area [ha kg-1]), the partitioning of assimilates to the various organs (FSTB for stems, FLTB for leaves and FOTB for storage), SPAN (life span of leaves growing at 35oC [d]) and AMAX (maximum leaf CO2 assimilation [kg ha-1 h-1]). The final evaluation step consisted of an expert assessment by the country agronomist, and if available, supported by annual maximum yields observed in variety trials or agronomic experiments. If the average simulated yields were more than 15% lower or higher than the observed maximum yields, or if the experts qualified the simulations not plausible, further fine-tuning of the crop parameters, as described above, was carried out.

The simulations were carried out for each STU within a RWS zone. The simulation results were up-scaled successively to SMU, RWS, CZ and country, using harvested area per STU as weighing factor. All simulated crop yields are presented at standard moisture content, i.e. 13.5% for wheat and barley, and 15.5% for maize.

The actual annual grain yields (Ya) were obtained from national statistical offices at the best available spatial resolution (NUTS levels 1, 2 or 3 representing increasing regional resolution; https://ec.europa.eu/eurostat/web/nuts/overview) and at the most disaggregated crop and cropping system level (spring sown or autumn sown common or durum wheat, spring sown or autumn sown barley, rainfed maize, and irrigated maize). Yield data were collected for a recent period of 10 years for rainfed crops and 5 years for irrigated crops. A linear trend analysis was carried out to identify countries with a significant (P<0.05) increasing trend. For those countries with increasing trends, only the recent 5 year period was used to avoid effects of technological developments. The actual yields were re-scaled from the NUTS region to the RWS zone, and subsequently to CZ and country, using the harvested area as weighing factor. All actual crop yields are presented at standard moisture content, i.e. 13.5% for wheat and barley, and 15.5% for maize.

Table. Harvested areas of wheat, barley and grain maize around 2005 (You et al., 2014) (a-c), cropping systems included in the analysis (d-i), including the proportion of spring sown and autumn sown wheat (d,e) and barley (f,g), the total number of climate zones (CZs) (j), and per crop the area covered by those selected CZs (l,n,p).

Data from the Atlas is available for use under the Creative Commons Attribution-NonCommercial-ShareAlike 4.0 International License. This means that data is available for FREE for non-commercial purposes. 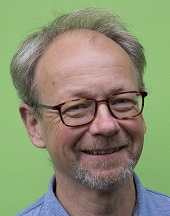